Piece of the month

Archaeological materials let us date chronologically layers and structures that have been localized (for example the filling of a silo, or the ruins of a building) and also provide us valuable information.

Once recovered the archaeological material, it is processed in our laboratory: It is washed, sorted and labeled. It can then become part of the studies that are derived from the analysis of a site and finally increase museum funds. But many times remains unpublished and stored in boxes in museum warehouses.

With this initiative, therefore, we want to show small hidden treasures of our archaeological heritage. 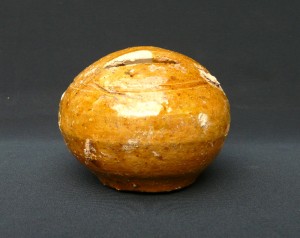