The old church of Sant Esteve is located at the top of a hill known as “Castellar Vell” (literally, “old castle”) in the outskirts of Castellar del Vallès. 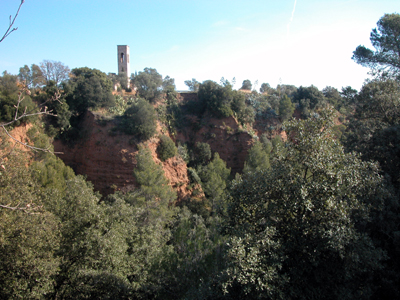 Sant Esteve de Castellar Vell, at the top of a hill surounded by steep gullys.

Between 1996 and 2001 there were carried out four archaeological campaigns. These works were part of the city council’s project to recover and restore the church, which until that date was quite degraded, and give a new functionality and cultural use to the building. During February 2007, the last archaeological excavation took place, motivated by the construction of a building for space grids at the south end of the hill.

After these archaeological excavations the development phases of the site can be established: