The piece of the month: Pottery production of Sabadell (18th c.)

Written sources and lately archaeological practices have proved the existence of potteries in the city of Sabadell.

First potters appear in written documents from 14th and 15th centuries. Proliferation of pottery is documented during 17th and 18th centuries and in 1794 we count 14 pottery workshops and a production of 313,540 pieces. Throughout this century pottery production grows exponentially and achieves its greatest development, and can be found in all regions of central Catalonia.

The last 25 years, thanks to the archaeological excavations that have been carried out in the city centre of Sabadell we have a better understanding of the activity and the modern pottery production in the city. So, we now have a total of seven different workshops physically identified. These workshops can be dated from the mid-17th century and developed during the 18th century, with a significant concentration of pottery workshops in the northern part of the city, in the old medieval district of El Raval. 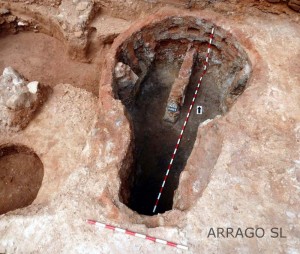 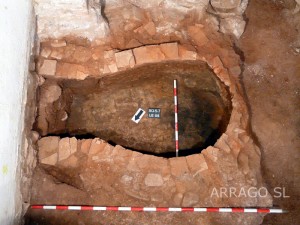 During 2012, 2013 and 2014 an archaeological excavation at 11 Les Valls street, in Sabadell, was carried out. In it the city moat and walls and a defence tower were find. One of the layers filling the moat was full of defect ceramics thrown during the 18th century (1730 – 1760) probably from a close pottery workshop, not yet located. 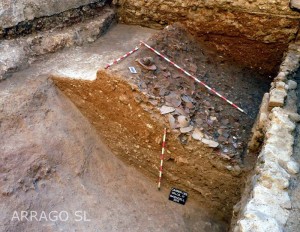 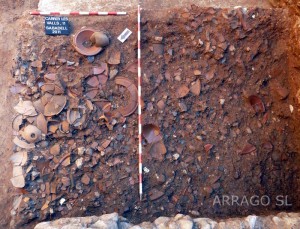 Detail of defective pottery thrown in the city moan of Sabadell during the 18th century.

With this finds we could study the pottery productions of Sabadell during the modern era and here we offer you a quick and small peek. 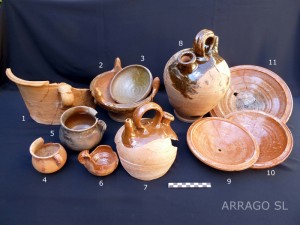